Can CBD Oil Help With Stress And Anxiety? 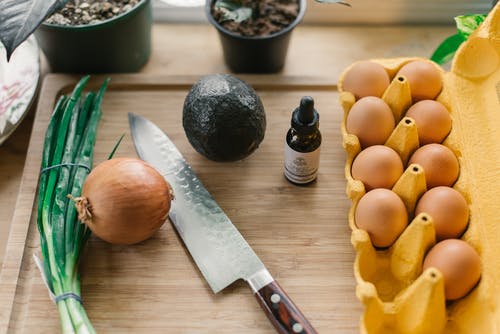 The world is a fantastic place. Each day is filled with new opportunities, adventures, and offerings of joy. When things are going well, it’s easy to ride this incredible wave we call life and soak up all the great gifts it bestows upon us. But unfortunately, as lovely as it would be, life isn’t all puppy dogs and ice cream. At some point or another, most of us will be afflicted with some anxiety or stress. It’s widely reported that eight out of ten people experience some form of stress daily. Moreover, the National Institute of Mental Health says that anxiety is the leading mental health disorder among humans and that 31.1 percent of adults will experience it at some point in their lives.

So, it makes sense that we humans are continually looking for remedies to tackle these unpleasant feelings and emotions. For some, it can be therapy, antidepressants, or meditation. And for others, it can be a combination of all the above. We’re always looking for the most effective way to cure what brings us down. With the recent proliferation of medical marijuana, there is a new player in the fight against anxiety and stress, and it’s called Cannabidiol, or CBD. The studies are limited as research is in its infancy, but early findings suggest that there is potential for CBD to be a game-changer for a lot of people.

Cannabidiol, or CBD, is one of the hundreds of cannabinoids found in the marijuana plant. Along with THC, it is the most common and widely studied of cannabinoids. Unlike its counterpart THC, which includes psychoactive ingredients that produce the renowned “high” that marijuana smokers talk about, CBD does not contain psychoactive ingredients and does not create a real high when consumed. However, early evidence implies many health benefits for many physiological disorders, including seizures, anxiety, insomnia, and stress, among others. CBD oil is manufactured by extracting CBD from the leaves and flowers of the marijuana plant and mixing it with an oil such as coconut or hemp seed.

The human body contains a system called the endocannabinoid system (ECS), which helps regulate a range of functions, including stress, anxiety, sleep, and appetite. Our bodies produce endocannabinoids (neurotransmitters) that bind to cannabinoid receptors in our nervous system. Early studies have shown positive relationships with CBD binding to these receptors and alleviating pain, anxiety, arthritis, and even seizures, which is excellent news for those navigating the work week while avoiding the Sunday Scaries.

Studies also suggest that CBD may positively react with serotonin signals. Serotonin is a neurotransmitter that is linked to our mental health. A deficiency of serotonin is thought to be a significant player in depression and anxiety and is often treated with selective serotonin reuptake inhibitor (SSRI) medication, commonly known as antidepressants. The research is still limited, but there is some evidence that CBD may work as an alternative to treating anxiety. However, one should always consult a physician before attempting to switch treatment.

Up until recently, most CBD studies were performed on animals in a laboratory. Research is still young, but several studies offer promising results on CBD’s benefits for various disorders.

A recent study in New Zealand gave 400 adults a CBD prescription for an assortment of ailments, including pain, cancer-related symptoms, and mental health disorders. After three weeks, over 70% of the participants acknowledged an improved quality of life, with only 9.9% reporting side effects such as drowsiness or sleep discomfort.

Another study in 2020 that reviewed CBD’s effect on anxiety disorders found that it was effective on its own, as well as a complementary therapy to those suffering from general anxiety disorder and post-traumatic stress disorder.

Furthermore, a study published in Cannabis and Cannabinoid Research in 2018 reported that 62% of CBD users said it effectively treated pain, anxiety, and depression.

How to use it

You can apply CBD in several ways. Most commonly by oil, edibles, topicals, and inhaled.

There currently isn’t a consensus from health professionals on proper dosage. The dose required will be subjective to the individual, the product, and how it is taken. No one person is the same, and reactions will vary, so there will likely be some experimentation required to find the ideal product and dosage for you.

One study suggested that the optimal dose for 57 adult men was between 300-600 mg of CBD per day, which significantly reduced anxiety.

The Food and Drug Administration (FDA) does not currently regulate CBD, so it’s important to do your research and talk to your doctor to figure out the right product and dosage.

For most CBD users, there are no glaring side effects. However, everyone has the potential to react differently depending on strain and dosage. Of those that have reported side effects, these are some of the most common:

Some evidence suggests that CBD may also interact with certain prescription medications, so it’s important to talk with your doctor before adding CBD to your daily routine.

CBD oil is being studied for its role in many common health issues, including anxiety, acne, and heart disease. It is even being touted as a pain reliever for cancer patients, which could be an incredible alternative for other pain killers. As noted earlier, CBD’s research is in its infancy, so the findings are ongoing and are sure to be continually changing as new therapeutic uses are discovered.

Although it’s a fascinating time in the CBD world, there is so much yet to be learned and discovered about the compound, and it’s essential to realize it should not be considered a panacea for mental health conditions. If you’re experiencing severe forms of stress or anxiety the first step should always visit a doctor. CBD should not be taken alone to remedy these ailments. In some cases, your doctor may prescribe CBD as a complement to therapy and other medications.