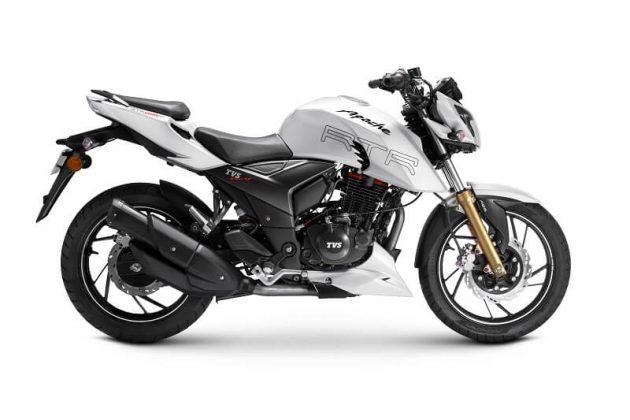 Bajaj was the first brand in our market that took the performance motorcycle segment by storm, but the brand that wanted to lock horns ever since, was TVS, with its Apache motorcycle. With more than 3 million units having been sold across the globe, the TVS Apache RTR 160 has played a significant part in the Apache line-up. Although the bike was bringing in huge numbers for TVS, there was just one face-lift it received in the 10 years it served in our market. In 2018, the bike received an overhaul from ground-up, featuring two engine variants: carburettor and fuel-injection. Soon after its launch, the bike turned out to be a huge success for the TVS brand, for the new 160 4V proved to be an even better product in a competitive segment. This is a motorcycle that received great response over time. In 2020, the company decided to give it an all-important BS6 update to make it even better for its customer. Let’s dig in a bit too find out what makes this bike tick in our market.

The TVS Apache RTR 160 is new in every possible way, but the styling has been inspired from the larger-capacity RTR 200, and we’re not complaining. The RTR 200 is already a great-looking motorcycle and that makes the RTR 160 just as appealing, but there are some differences that help you separate the two from each other – like the one-piece seat unit, the new centre body panel, new alloy wheels and the handlebars. Also, the RTR 160 does not feature a fly screen, new graphics and a slipper clutch. From up-ahead, the RTR 160 looks aggressive and sporty with those boomerang-shaped LED DRLs and the neat-looking LED tail lamp at the back. The updated LED headlight is also said to offer better illumination The bike’s all-digital instrument cluster is the same too and the fuel-injected version of the RTR 160 features a lap timer and a gear-position indicator. Even the switch gear is the same and the quality levels are top-notch, just like what we’ve seen on other TVS products. The panel gaps and wiring are well executed and neatly intact. The seat sports a dual-tone look.

TVS Bikes has always marketed the Apache RTR as a performance motorcycle, and it shows. While the carburetted version produces 16bhp, the fuel-injected unit makes just a little bit more, while the torque remains identical at 14.8Nm. This engine even features 4-valve tech. We found the engine to be smooth, and this is a bit of surprise, considering refinement hasn’t always been the brand’s forte. The engine enjoys being revved with only subtle vibrations filtering through after 7500rpm, but push it any further and it worsens. The fuel-injected model is the more refined of the two, and offers better throttle response. However, it’s the carburetted version that offers sharp acceleration. The latter was also more fun to ride and manages to hit a top speed of 125kph. With the RTR 160, the company has focused on low-end grunt, meaning it’ll take a while for it to build pace after 100kph. The 5-speed transmission shifts quite well. The clutch is slick to operate and we managed to squeeze out the best fuel efficiency possible.

The riding posture is perfect on the bike, thanks in part to the flat and wide handlebars. You’re seated in an upright posture whilst being relaxed, but the foot-pegs set towards the rear, give it that sporty feel. There is ample room for the rider and pillion, thanks to the perfectly sized single-piece seat. It handles so much better now, after having given the bike a double-cradle split-frame chassis. The TVS Apache RTR 160 turns into corners with a lot of zeal and stays planted the whole way through. The bike also features a monoshock suspension by Showa at the rear, while telescopic forks are found up-front. The 17-inch wheels are shod with TVS Remora tyres that provide plenty of grip. Braking could improve but this bike doesn’t feature ABS. Tank capacity is the same at 12 litres, but because of all the new updates, it is now a little heavier.

The TVS Apache RTR 160 is a proper evolution of the original bike, and with its sharper looks, lively engine and fun-to-ride handling characteristics, it’s hard to ignore. It is offered in three variants, all of which offer good value. This is motorcycle for those on a budget, looking for performance. Also, grab the latest info on the upcoming bikes, only at autoX.