Celebs Who Have Been Canceled this Pandemic

With a president in power that refuses to acknowledge the predicament we’re in, the celebrities were our only hope. Once upon a time we would have loved to hear what they had to say, but during the lockdown it has been made abundantly clear that most of these glittering stars have nothing of worth to add. Their façade has been broken and we’re seeing their unflattering sides in the absence of flashy cameras detracting our attention from them. Here are some celebs, who have been canceled beyond return. Let’s take a look at exactly why it has come to pass.

When Ellen was first criticized for her off-hand comment calling her mansion a prison during lockdown when many are poor and struggling to survive, it seemed like a one-off thing that audiences would soon get over, but it blew out fast. Nobody had expected things to get so bad but now that you look at it, it was a bubble ready to burst and the only surprising part of it is how long it took. Soon after employees began sharing how toxic the work environment was and when BuzzFeed published a detailed article using verified sources, it seemed like the end of her career. The TV channel made sure to start a probe to investigate which shows how serious the issue has become. Add to that a 60% pay cut of its employees while DeGeneres continued to shoot from her home with only four core members it was a stab to the heart for these people and the nail in the coffin for the much famed host. Will the once bright star be able to get back her reputation? Well, the chances are slim but you never know.

The Kardashians are a controversy ready to happen but this time it went too far. With the lockdown in place and the uncertainty it brings scaring people, Khloe Kardashian TP’ed her sister’s home. Under normal circumstances people would have laughed it off but with a toilet paper shortage in place and people fighting over it in grocery stores, it came off as insensitive and beyond redeemable.

Self-Isolation and social distancing is the need of the hour, but some celebrities are blatantly ignoring all such preventive measures. Sure staying indoors can get boring but risking other people’s lives just for a jog is going a bit far. Tampa Mayor in April stated that the athlete, Tom Brady, had been seen by members of the park staff working out. Sure, he was alone, but that set a bad example for the public especially given how wearing a mask has been turned into a political debate. Also Read, HDsector Proxy/Mirror Sites 2020

With the #MeToo movement breaking all facades and bringing predators to light, it’s a new world. Many Hollywood biggies have been accused including Kevin Spacey giving them a bad reputation among the masses. Spacey however, went on to compare people losing jobs to his own struggle of losing work after allegations were made against him. Suffice to say it did not go down well with people. For one, they were in a dire situation and second they did not need to hear a privileged man losing job for his perverted actions being compared to their condition which was nature’s doing.

No parents should have to see their children suffer or worse die, but according to Dr Mehmet Oz a fatality is just another number. In his conversation with Sean Hannity on Fox News, he called for schools to reopen and his logic was flabbergasting. He said, “… opening of schools may only cost us 2-3% in terms of total mortality” and dubbed itthus a “a very appetizing opportunity.” For a doctor to ignore the sanctity of life, it was a blow to people.

Dr. Phil, a former psychologist whose license has long been revoked for questionable practices, went on Fox News to criticize the lockdown saying more people had been killed in car accidents, due of smoking and from swimming pools and using a perverse logic added that you don’t close the country because of that so why for covid-19. The numbers he stated were incorrect to begin with and he failed to factor in the contagious nature of the disease. What’s more, going on national television to make such flimsy arguments and undermining the work done, infuriated the people like never before.

Some of these celebrities are sure to have found a connection with you and their comments are sure to have hurt. Worry not though, there is still tons of quality content you can watch. This is a great time to try new shows and movies. You can even try watching some Spanish channels, it’s sure to break the monotony. All you need is a good cable plan for which all you need do is give numero de spectrum a call. They’ll set you up in no time with a channel lineup to die for. And, you can even find a plan for Spanish channels. How cool is that! 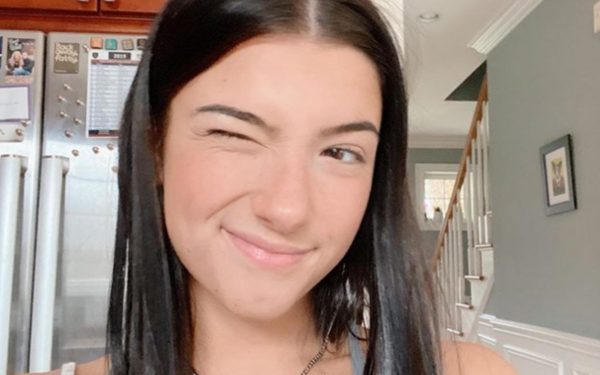 Who Is Charli D’amelio ? Networth, Family And Careers