Goku, the most known and discussed character among the kids of the ’90s and it is still a topic of discussion among the teenagers. Goku was the main character of the Japanese anime television series Dragon Ball Z also known as DBZ. It was produced by Toei Animation.DBZ was a show In which the main character Goku fights with evil along with the Z warriors. DBZ fashion is getting the audience from all over the world. This show mainly taught teamwork, differentiate among good and evil, showed the results of evil-doing, and encouraged kids to do good deeds. It aired in Japan on Fuji TV from 1989-1996. 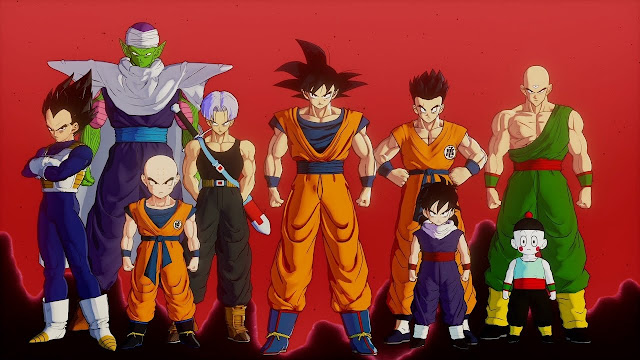 Dragon Ball Z is mainly the continuation of the adult life of Goku and at the same time, it also parallels the life of his son Gohan. Apart from this, it shows the development of their rivel Vegetta. Dragon Ball Z is the show produced by Kenji Shimizu, Koji Kaneda, and directed by Daisuke Nishio. It consists of 291 total episodes. Dragon Ball Z got immense fam because not only this anime show was aired but also other movies of DBZ and games were launched. DBZ’s fame spread Worldwide due to which the fashion field also got interested in its advertisement.

DBZ become the most popular and beloved show by kids and it resulted in the DBZ’s entry into the World of fashion and other items like Kids toys, Mobile covers, DBZ gifts, etc. Dragon  Ball Z was the most popular in Japan and also got popular in the United States simultaneously Dagon Ball Z merchandise was a success before its peak American interest.

Dragon Ball Z’s shows and animes gave loads of benefits to the textile industry and other industries. Dragon Ball Z has now become an international brand and it is being promoted Worldwide. Its characters are famous Worldwide and designers are working daily to update the designs and prints.

There are a large number of websites that are selling only Dragon Ball items. But you can find Dragon Ball Z T-Shirts from our store.  There are a lot of websites through which you can place your preferable DBZ item for example saiyanstuff.com, dbz-shop.com, hottopic.com,supersaiyan-shop.com, m.aliexpress.com,www.rageon.com,etsy.com,zumiez.com, amazon.com.

Dragon Ball Z clothes are designed for every gender. Men, Women, and kids all are provided with suitable designs. DBZ clothes are both for summer and winter seasons. Products available are  DBZ shirts, trousers, shoes, T-shirts, Short sleeves, Long sleeves, etc. all sizes are available. You can also get Dragon Ball Shoes from the stores. Rates are also cheap and everyone can afford their products.

The main reason for the popularity of Dragon Ball Z items and even shows is that they are very much creative and draw a lot of attention due to their entertaining characters. I recommend DBZ shows and even clothing because their shows are very much alive and inspiring and clothes are reliable and decent in quality, color, and designs.

The Sensuous Way of Dressing – Corsets